How to use Copaiba oil for dogs with bad hips and aging pains? There are many essential oils good for dogs, but one that stands out of the crowd is Copaiba oil for its arthritic and pain killing properties

Almost 12 years ago we were lucking enough to be the owners of two lovely dogs call Judith and Rosey. Even when they were young they were totally different personalities. Judith was the comedian with her one joke of chasing her tail. Rosey on the other hand was a quiet, friendly and serious dog without much time for anyone outside the family and close friends. We were able to take them almost anywhere as long as she got her chewy sticks they were happy and relaxed.

As the years went on, Judith died and Rosey deeply missed her, but fortunately overtime she forgot and began to get used to being alone. About a year went by and we noticed that Rosey was walking so much slower than usual, even the neighbor mentioned it. In addition, she was panting heavily in the evening and asking for help by offering her paw. Of course we were worried but she was an old dog and so we just allowed her to walk slower. Finally we made a visit to the vet who told us it was most likely old age and painful arthritis causing her to walk slowly and pant heavily. The vet gave us some quite strong pain killers for the pain, but as the vet said, she is an old dog and little can be done beyond pain relief.

We found that we needed to give Rosey a painkiller sometimes twice a day which was starting to worry use. If she needed painkillers so much she must be in severe pain.

During a unrelated conversation with a close friend of mine, also a dog lover, she suggested Copaiba essential oil recipes for pain relief. I had hear a little about this allegedly miracle oil but the skeptic in me disregarded it. However, my friend convinced me it worked on her dog and so I gave it a go. Of course we understood our dogs days were numbered. We had already decided that we were not willing to spend a lot of money on operations on such an old dog. However, we also did not like the idea of giving her heavy pain killers if there was any chance there was a natural alternative.

Over the next few week we put a few drops of Copaiba oil in her food in the morning and evening. We stopped giving her the heavy pain killers allowing her to ask if she really needed relief. Slowly over the next two weeks, she began to walk more quickly, the panting subsided and she needed less and less pain killers until she had none at all.

The results were so outstanding that I decided to research the oil and find other copaiba oil testimonials to understand why Copaiba essential oils good for dogs. 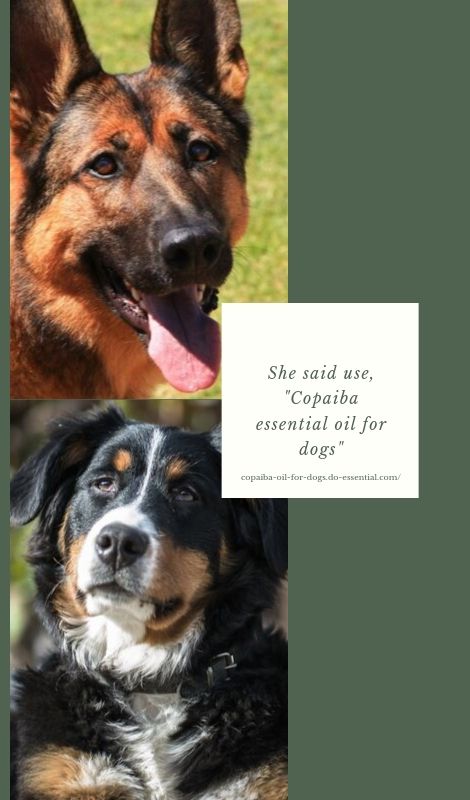 What is Copaiba oil?

Copaiba essential oils comes for the Copaiba tree situated in South and Central America. There is about 70 species of the Copaiba tree known to date. Copaiba tree produces a natural resin which is extracted from the tree by punching a small hole in the trunk. The essential oils is products via a steam distillation process from the rare resin (copaifera reticulata, officinalis, coriacea, and langsdorffii). From that point onward the oil will go through a purification process to the standard of therapeutic grade for the best results.

The main benefit of Copaiba oil in regards to pain relief is high levels of β-Caryophyllene, a chemical constituent also found within CBD or cannabis oil. Lots of research has been done regarding β-Caryophyllene mainly around arthritis pain relief. Considering many old dogs suffer from back pain from age related arthritis, Copaiba oil is a good choice. 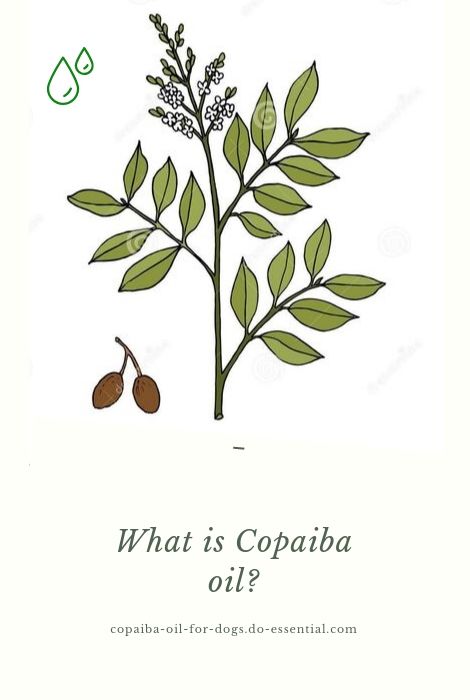 Why use Copaiba oil for dogs?

Of course, you do not need to. There are many drugs out there the vet will give you for your dog. However, even though from my experience of using Copaiba oil on my dog, there are benefits of combining traditional medication with essential oils.

Copaiba oil I have also found is one of the safest and most widely used essential oils for pet and animals alike. However, the only thing I would like to mention is avoid purchasing from places like eBay and Amazon. Purchase directly from the therapeutic grade essential oils company webshop to guarantee quality and service.

How much Copaiba essential oil should I feed my dog?

From my research and the experience I have had with my own 45 kg (100 lb) dog I have generally used 2 drops in food twice a day. The research I found mentions one drop in food twice a day for a 28 kg (50 lb) dog. One suggestion by an essential oils consultant mentioned diluting the oil in a carrier oil such as coconut oil. This is believed to enhance the absorption rate.

Other uses for copaiba oil for dogs

Apart from the pain relieving proprieties of copaiba there are many other benefits that might interest you and your dog. Some of these include: 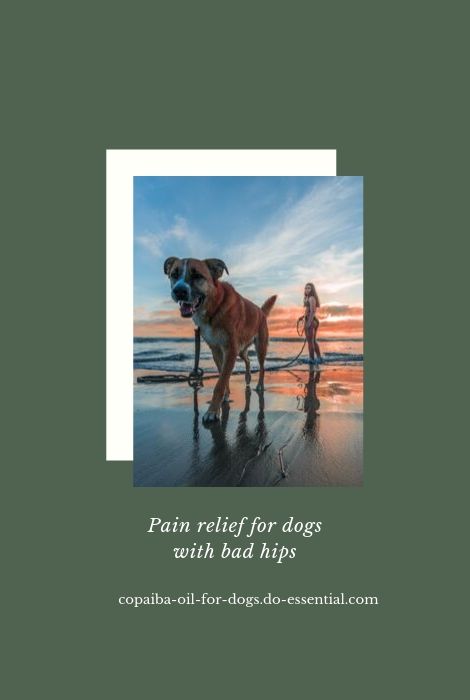 The safety aspect of using Copaiba oil for dogs

In my opinion, I have an old dog and so the safely aspect of giving my dog Copaiba oil seems unneeded. However, if you are an owner of a young dog, it is a good idea to be cautious of essential oil, because essential oils are powerful while at the same time effective.

Where can someone purchase essential oils to treat dog pain and arthritis?

There is a few place that offer high standard and quality essential oils. I have come to the opinion that the purest oils are predominantly the best and the most important characteristic of a medical grade oil. The main issue for me was that any oil that was anything less than pure and therapeutic grade had the risk of having germs, heavy metals and adulterants. I don't know about you, but I would prefer not to feed them to my dog. In addition, using a pure oil on your dog insures that there is no fillers, synthetic ingredients, or harmful contaminants provoking any adverse effects, or even sickness.

If you would like more information about copaiba oil for dogs add your name, email address and short message on the form below and someone will get back to you asap...